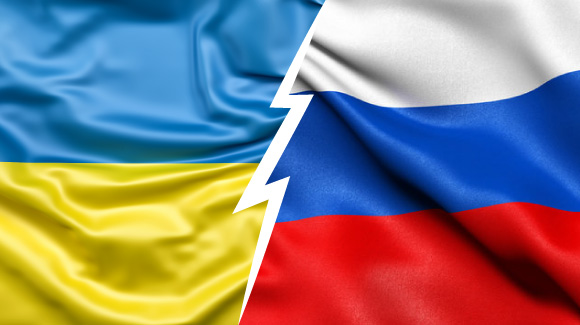 The stock market of India also took a heavy blow. India’s stock market was one of the worst-hit among the other Asian countries.

The tension between Russia and Ukraine has been the talk of the town last couple of weeks. But things took a drastic turn earlier today.

Early this morning, the news broke out that Russian President Vladimir Putin had declared war on Ukraine. It was followed by military operation and later a full invasion.

This whole situation is a matter of concern not only for the two countries involved but also for the others.

The ongoing war between the countries will directly impact the global economy, which we have already started seeing. The market opened with a plunge, the Russian ruble hitting an all-time low and the stock market going down by 29%.

The prices for Brent crude oil kept rising throughout the day, reaching $103 by afternoon. It’s a 7% increase so far and can go higher.

It is important to note that 80% of the oil in India is exported along with sunflower oil, 90% of which is supplied by Russia and Ukraine.

The stock market of India also took a heavy blow. India’s stock market was one of the worst-hit among the other Asian countries. When the market opened, within the first hour of trade, the market capitalization of BSE-listed companies dipped by $177 Billion.

As the news about the war broke out in the morning, Sensex and Nifty trade were down at about 3.5%. It is predicted that trade might keep going down or experience similar downloads in the days followed.

Stock prices of various other equities fell down Tata Motors by 5.91% as of 10 am today. Other Nifty stocks that plunged due to the Russia-Ukraine conflict are.

The percentage change is as of 10 am today.

The Crypto market wasn’t untouched either. Russia is one of the major crypto mining countries and owns 12% of the world’s crypto holding.

Bitcoin, which has already been dipping lately, took one more hit, and the price went down to $35,000 as of 3 pm today. The other cryptocurrencies as well suffered a severe blow from the clash.

Besides the stock market, other aspects of the economy are also getting affected.

Russia and Ukraine are some of the biggest exporters of wheat grain, and this alone should alarm the rest of the countries regarding the price surge that’s gonna happen for wheat.

It is believed that as the war progresses, so will its impact. Economies throughout the globe will be hurt severely.

The war between Russia and Ukraine will lead to a surge in oil and other commodities prices and an increase in inflation.

1 Step 1
keyboard_arrow_leftPrevious
Nextkeyboard_arrow_right
Recent Posts
Should you invest in the LIC IPO?
•
May 6, 2022
Russia vs Ukraine Conflict Affect on Indian Market
•
February 25, 2022
The Giant market debut by E-Commerce company Nykaa: Market cap hits 1 lakh crore: Have you missed it?
•
November 11, 2021
Things every beginner investing in penny stock should know
•
November 11, 2021

I hereby appreciate the SKW team, was guiding me last month about the share market and providing calls to me. Your team behavior and smooth handling will help customers. Thanking you.

Hello I am writing to thank you SKW for the quality of service provided to me by your company. I sincerely appreciate your efforts and efficient service, the level of preciseness you have demonstrated on each call, and the way you conduct the whole trading session.

It's been a month joining this team. Initially, I was a beginner and I lost my funds because I dint know when to enter and exit later I joined SKW. Their team had been with me throughout the market guiding me and helping me to safe trading and helped me to recover my losses

This is Maju Mathew, I have joined SKW Investment Adviser for a six-month package of OMEGA - Equity F&O. SKW Team direct me to take proper trade and I am extremely happy with the instructions. I give full credit for their valuable directions

Need Help ? Get a call back from our Market Expert

With investment, your capital is at risk. The value of your portfolio can go down as well as up and you may get back less than you invest or earn more as well. Investing/Trading is subject to market risk. Please read all the documents before investing.

Please ensure you carefully read the Disclosure Document as prescribed by SEBI.

We accept payments only in our registered bank account. Please note we only contact you from info@skwinvestmentadviser.com . If you get mail from any other email ID, kindly contact our hotline number 8550000890.